When I first decided to keep this public studio journal, the plan was that it would make me feel guilty if I didn’t report to the world my progress in cleaning up my studio. Not that I think the world will judge me, just more like having an accountability buddy. Well, it has done that, which is a good thing, and it has got me up and moving several times when I really would have let it slide. But more than that, it’s focussed my attention on this little world that I affectionately call my Art Cave (or the Salt Mines of Art, when I’m under deadline). It’s made it more a separate place I go to, rather than just a room in the upstairs of my house where art gets made.

I’m not sure if I can explain that any more clearly at this point, and I’d like to think about that for a while before I write more on it. For now, here’s this week’s celebration: a big, flat, clean surface! Now I have a place to sort the evil pile that still lurks to the left of it.

Still haven’t attacked the drawers of the flat file, but they’re actually pretty organized, just not neat. My dinosaur and dragon collection is on top of the shelves along with — what’s that? a basket of multicoloured fur?

These are my little studio buddies, the Trolls. I don’t know when I started collecting them, they just sort of started appearing in my life. I had one as a kid and loved it (my sisters dressed up their Barbies, I made clothes for my trolls). Most of these are the more modern iterations, but that little nekkid one is, I think, one of the originals. I don’t really care about their provenance or collectibility, I love them all for themselves. They sat in the window for a while and their hair whitened; at first I felt I had done them a disservice, but I rather like the effect. Sometimes I set one or two around my tables to watch me work; I imagine they are cheering me on, like an audience.

The Artist Troll has been my studio mascot for a really long time. I’m not really sure why she’s wearing a Scottish-looking tam o’shanter hat instead of a French beret, but since I am of Celtic ancestry, that is probably more appropriate. That Mose Scarlett album my Artist Troll and his woodland buddies are standing on is one of my faves — his deep, dark chocolate voice is a joy to sing along with while making art. The pin on the front of A.T.s lab coat/artist smock with my name (partly obscured behind the lapel) is one that I made long and long ago, when I used to do street fairs back in the 70s and 80s.

Back then, my partner and I wanted something stagey we could do to attract attention to the art cards and prints and jewelry we were selling, and we had learned to make these name pins out of wire from a fellow craftsperson. We soon found that they were selling like mad at $1, raised our prices to $1.50, then $2.00, and still couldn’t keep up with the demand, so we raised them again to the point where I was starting to feel a little pretentious (they took about 5 minutes to make).

On one occasion I remember in particular, I had been making them all day (and summer fairs in the north are often very long days), and it was getting dark, and everyone was packing up around us, and people still were lining up for the darn things. I had blisters on my hands from the pliers, and finally had to just start showing them to people to get them to let us stop and pack up! The interesting thing was, it really did help sales of the artwork, because people would browse during the time I was making the pins. My partner would be making the sales while I bent wire, which suited me fine, as he was the more gregarious of we two.

One day I’ll tell some of the tales of how I, a dyed-in-the-wool introvert, learned to stand behind a table and sell my stuff, but for now, I’m going to end this edition of the studio journal with a question, which you can just ponder, or even better, write about in the comments: what kinds of non-art-supply things do you keep in your studio? What do they remind you of, and how do they help you work?

2 responses to “Studio Journal 5: Progress, Aided and Abetted by Trolls” 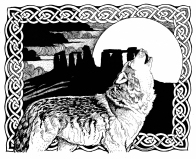 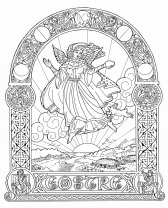 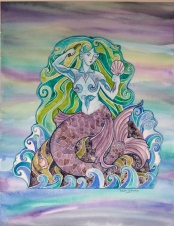 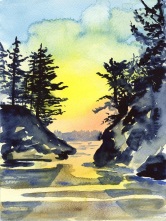 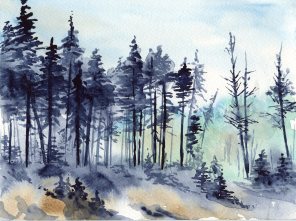 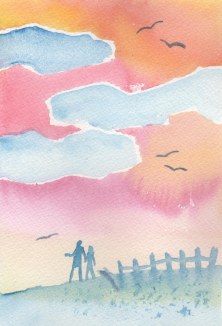 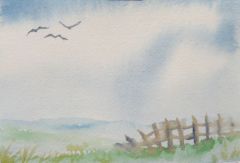